We’ll also look at the unique characteristics that make these teas stand out from other varieties, and why they are so sought-after by tea connoisseurs.

So, let’s jump right in and discover why some of the Most Expensive Teas in the world cost so much.

List of the Most Expensive Teas in the World

Tea is an incredibly popular beverage across the globe, with people of all ages and cultures enjoying its soothing taste.

However, some teas are more expensive than others, with certain types fetching exorbitant prices that would make most tea lovers gasp.

Although they can be incredibly pricey, these teas are well worth a try if you’re looking for something truly special to enjoy.

These are some of the most expensive teas in the world, each one known for its unique flavor and rarity. 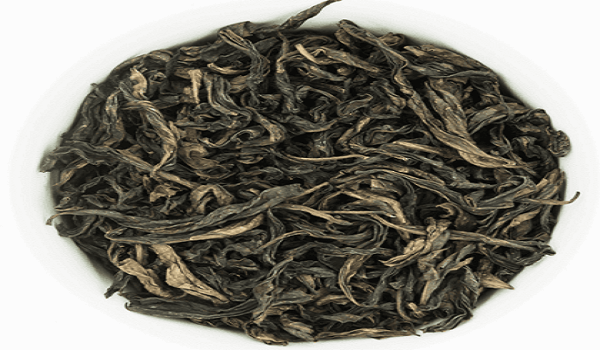 One of the world’s most expensive teas, known as Da-Hong Pao Tea, is produced in the Wuyi Mountains region of China.

This highly prized tea sells for an astonishing $1.2 million per kilogram and has been sought after for centuries due to its flavor and rarity.

The tea is grown in a protected environment with soil rich in minerals, creating its distinct taste and aroma.

Da-Hong Pao Tea is just one of many expensive teas available around the world.

While the prices for these teas may seem extravagant, it’s important to remember that the amount of labor and land required to cultivate them means that prices are justified.

As such, it’s not surprising that it holds the title of one of the most expensive teas in the world. 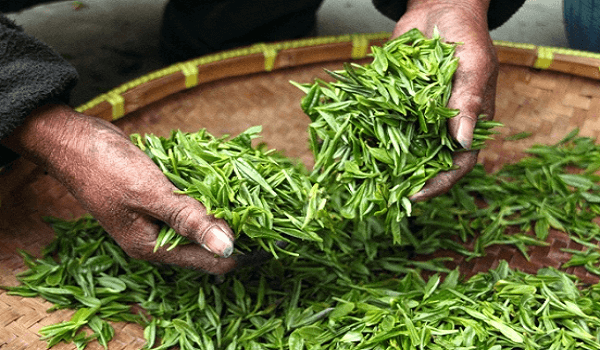 Panda Dung Tea is not your ordinary tea. It’s created from a mixture of green tea and panda feces, which is collected from giant pandas in their natural habitat.

The combination of these two ingredients produces a unique taste that can’t be found anywhere else.

At a staggering $70,000/kg, Panda Dung Tea is the most expensive tea in the world.

The high price tag is due to the fact that it is extremely rare and difficult to collect. With only around 2,000 kilograms of Panda Dung Tea produced each year, the supply is extremely limited. 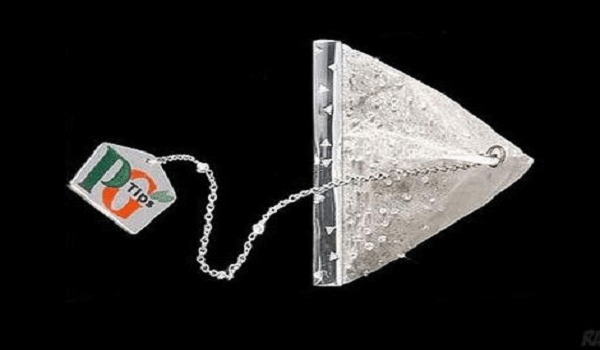 This luxurious tea bag costs a whopping $15,000 per bag and is crafted by the prestigious British brand, PG Tips.

This tea is created using 240 diamonds that are placed on a gold-plated silver frame to form the design of a tea bag.

It is only available for purchase in the United Kingdom and was made to celebrate PG Tips’ 75th anniversary in 2015.

Overall, the world’s most expensive teas are highly sought after for their rare and complex flavors. 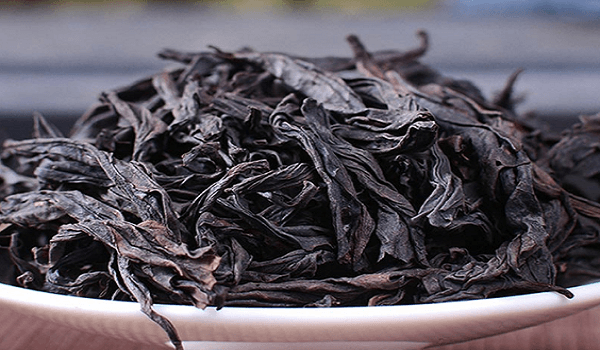 Known as one of the world’s most expensive teas, it is produced in the Wuyi Mountains of Fujian province in China. It is highly sought after for its unique flavor profile which includes notes of peaches, apricots, and tobacco.

The cost of this tea can vary depending on the specific harvest, but prices have been known to reach as high as $6,500 per kilogram.

While that may seem like an outrageous price tag, it should be noted that this tea has a very limited production with only small batches made each year.

The scarcity of this tea coupled with its prized flavor profile makes it one of the most expensive teas by country.

Not only is Vintage Narcissus Wuyi Oolong Tea the world’s most expensive tea, but it also packs a punch when it comes to flavor.

The tea has been described as having a smooth, light taste that develops over multiple infusions.

This flavor makes it a favorite among tea connoisseurs, who are more than willing to pay top dollar for its unique taste. 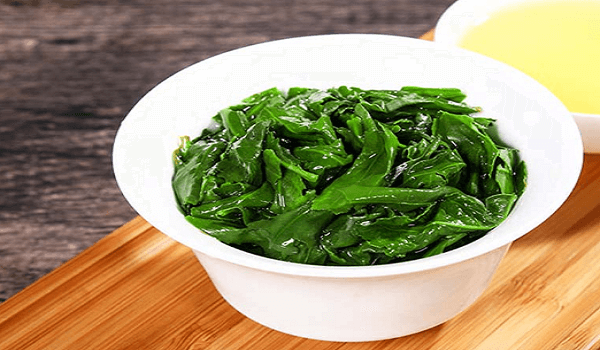 Tieguanyin tea, or Iron Goddess tea, is a type of oolong tea grown in the Anxi region of the Fujian province in China. Known as one of the world’s most expensive teas, Tieguanyin is renowned for its fragrant aroma and mellow flavor.

It is also one of the most expensive teas in the world, with prices reaching up to $3,000/kg.

Tieguanyin tea is made from the leaves of a tea bush that is said to have been discovered by a farmer in the late 1700s.

The tea bush was later named Tieguanyin after the Chinese Buddhist Goddess of Mercy and Compassion. The leaves are hand-picked and then dried in the sun before being lightly oxidized and baked to create a unique oolong flavor.

Tieguanyin tea has a distinct flavor that sets it apart from other teas. It has a sweet, floral taste with notes of honey, nuts, and dried fruit. Its aroma is earthy and nutty, with hints of orchid and rose.

Tieguanyin tea is also known for its health benefits, including aiding digestion and boosting metabolism.

Are you looking for an indulgent treat or a healthy beverage, Tieguanyin is a great choice for those seeking the most expensive teas in the world. 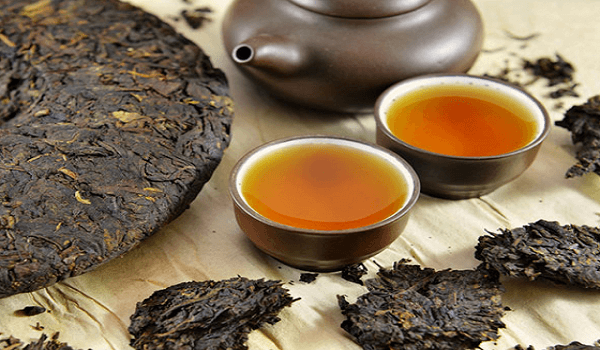 This tea is most expensive when aged and compressed into blocks or discs, and can cost up to $1,000 per kilogram.

Pu-erh tea is made from Camellia sinensis var assamica, a large leaf variety that is native to the Yunnan province of Southwest China.

This tea is harvested only in the spring and fall and it is then processed using a unique method that gives it its unique flavor profile.

During this process, tea leaves are exposed to sunlight, rolled, and piled before being subjected to the wet piling process which involves the leaves being moistened and then left to ferment and age.

This tea has become popular in recent years due to its health benefits and medicinal properties, such as its ability to reduce cholesterol levels and improve digestion.

However, the high price tag of Pu-erh tea also means that it is one of the most expensive teas in the world.

For example, in China, a kilogram of Pu-erh can cost around $600-$800 whereas in other countries like Japan or the United States prices can be as high as $1,000 for the same amount.

Given its unique flavor profile and numerous health benefits, it’s no wonder why Pu-erh tea has become known as one of the world’s most expensive teas.

Although many people may be put off by its price tag, those who appreciate fine teas understand that it is worth every penny. 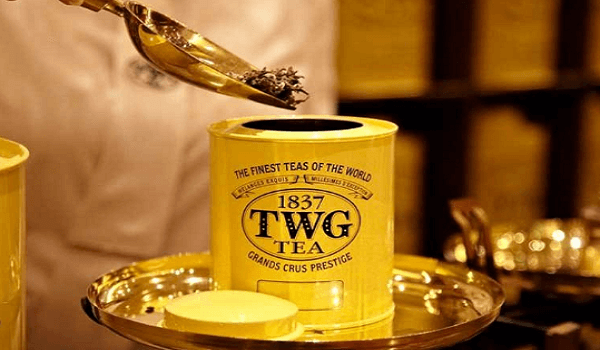 Yellow Gold Tea Buds have become known for their high price tag. While the average person may not be able to afford the steep cost of $3,000 per kilogram of these rare buds, those looking to experience this luxury tea will be pleased to know that it is available in several countries across the globe.

Yellow Gold Tea Buds, also known as White Peony Tea or Bai Mu Dan, are grown in the Yunnan Province of China. This particular variety of tea is known for its fragrant aroma and delicate flavor profile.

It is hand-harvested during a short window of time each year before its delicate buds turn yellow and lose their flavor.

The tea leaves are then carefully stored away until they are processed into Yellow Gold Tea Buds.

Due to the rarity and labor-intensive process of cultivating Yellow Gold Tea Buds, it is the most expensive tea in the world. 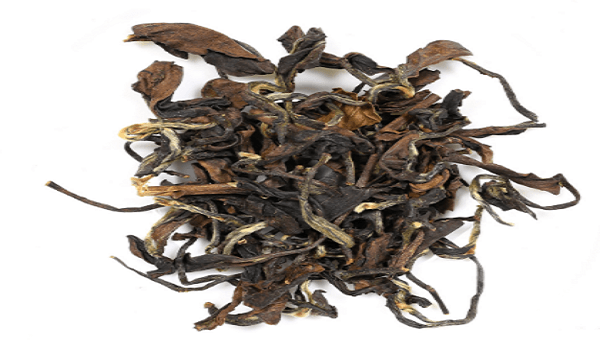 Known as one of the world’s most expensive teas, this rare Chinese tea commands a hefty price tag of $400 per kilogram. Grown in Yunnan province in southwest China, this unique tea is produced in very small quantities, making it a highly sought-after commodity.

So why is Silver Tips Imperial Tea so expensive? It all comes down to the meticulous harvesting and processing involved in producing it.

The leaves of the tea are hand-picked, with only the youngest, most tender tips being selected.

Once picked, the leaves undergo a long and laborious process of drying and rolling. This ensures that the tea retains its full flavor and aroma.

The rarity of Silver Tips Imperial Tea also contributes to its high cost. With limited production, it’s difficult for tea drinkers to find the tea, let alone purchase it.

For those who can get their hands on it, Silver Tips Imperial Tea is a luxurious treat that is definitely worth the price.

Many countries produce their own versions of expensive teas, with some of the most expensive teas by country coming from Japan and Taiwan. 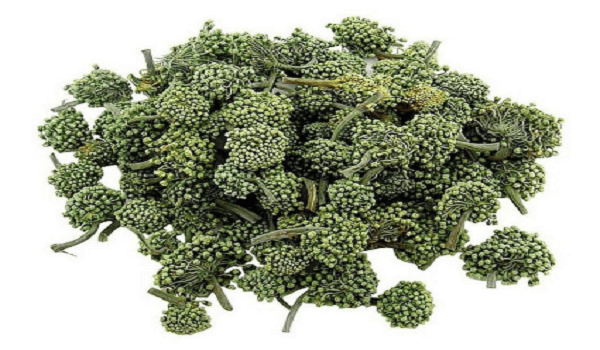 Tienchi Flower Tea has been revered for centuries due to its medicinal properties, and it is known for treating a range of illnesses, including fatigue, insomnia, hypertension, and digestive issues.

Its popularity has been increasing in recent years, especially amongst those looking to improve their overall health.

As such, its prices have been steadily increasing, making it one of the most expensive teas in the world.

Its high price tag may be off-putting to some, but it can be worth it given its many health benefits.

Gyokuro is a type of Japanese green tea, often known as one of the world’s most expensive teas. It is made from the highest grade of tea leaves and is characterized by its deep flavor and umami taste.

The leaves are shaded from the sun for twenty days prior to harvesting which helps to bring out the unique flavor and aroma of Gyokuro tea.

Due to the labor-intensive nature of producing this particular tea, it can cost up to $650 per kilogram, making it one of the most expensive teas in the world.

The high price tag of Gyokuro is due to its rarity, as it is only produced in small batches in certain parts of Japan.

Its flavor and aroma are highly sought after, and it is said to have many health benefits, including aiding digestion and boosting metabolism.

Gyokuro is also believed to contain more antioxidants than other types of tea, and its high caffeine content makes it a popular choice for those looking for an energy boost.

If you’re looking to experience some of the world’s most expensive teas, then Gyokuro should be at the top of your list.

Its unique flavor and aroma make it an unforgettable experience and its many health benefits make it an ideal choice for those looking for an indulgent yet healthy treat.

The world of tea is vast and varied, with some of the most expensive teas coming from countries such as Japan, Taiwan, and China. These teas are known as one of the world’s most expensive teas and can range in price from hundreds of dollars to thousands.

From Gyokuro to Gyokuro Genmaicha, to aged Pu’er, these teas all have something special about them that makes them worth the hefty price tag.

Most expensive teas by country vary depending on the type of tea, as well as the quality and age of the tea.

These teas are a must-try for anyone looking to experience the rarest and most luxurious teas in the world. With flavors and aromas like no other, these teas will leave you feeling satisfied and relaxed.